On the blog, Real Weddings You never really know when love is going to come your way. It can come out of nowhere and when you least expect it. For Aaron & Catherine, that was 4 years ago in 2016. With Cat living in Adelaide (well, she used too… but we’ll get to that!) and Aaron being from Darwin, you could say the chances of them crossing paths was unlikely. Thankfully, while in Adelaide for work, Aaron matched with Cat on Tinder. A few messages back and forth soon lead to them realising how many shared interests they had.

Fast forward a few months, they had got to know each other extremely well, and it was time for their first meeting. They describe it as the most natural feeling like there was a missing puzzle piece that had just fallen right into its place. When Aaron returned to Adelaide for his second visit, Cat remembers looking across the room and saw him looking at her. It was in the moment she thought it might be the first inkling of love.

They had formed a beautiful connection but were separated by over 3000kms. So, Cat decided to make the journey to visit Darwin, and within 2 months, she packed up everything to move to the spectacular top end. Although that wasn’t where the milestones ended, in 2018 they bought their first home together, and in 2019 they became engaged. It was October 2019, Aaron proposed while Cat was hanging out the washing. Still to this day, she smiles every time she hangs out the washing (what a way to enjoy the chores)

Their ceremony was held at Dudley’s Point, East Point. They chose this location because it was by the water and that holds a special place in their hearts as they both love spending time out there. And, when we asked what their favourite part of the day was, it was seeing each other for the first time. The pair decided to share their personal promises together in private and celebrant Taryn added a special part that Aaron & Cat hadn’t heard yet, they loved it!

After the ceremony, they continued the celebrations at the Trailor Boat Club. Making a heavenly backdrop to watch one of our spectacular top end sunsets! The first dance was to ‘Slice of Heaven’ which is their song. Cat says Aaron has a habit of making her laugh even when she doesn’t want to.

We asked them to share one piece of advice to couples who are in the planning stage. Those words of wisdom are – ‘It’s about you and your partner. Do it your way and don’t let others influence what you want’. 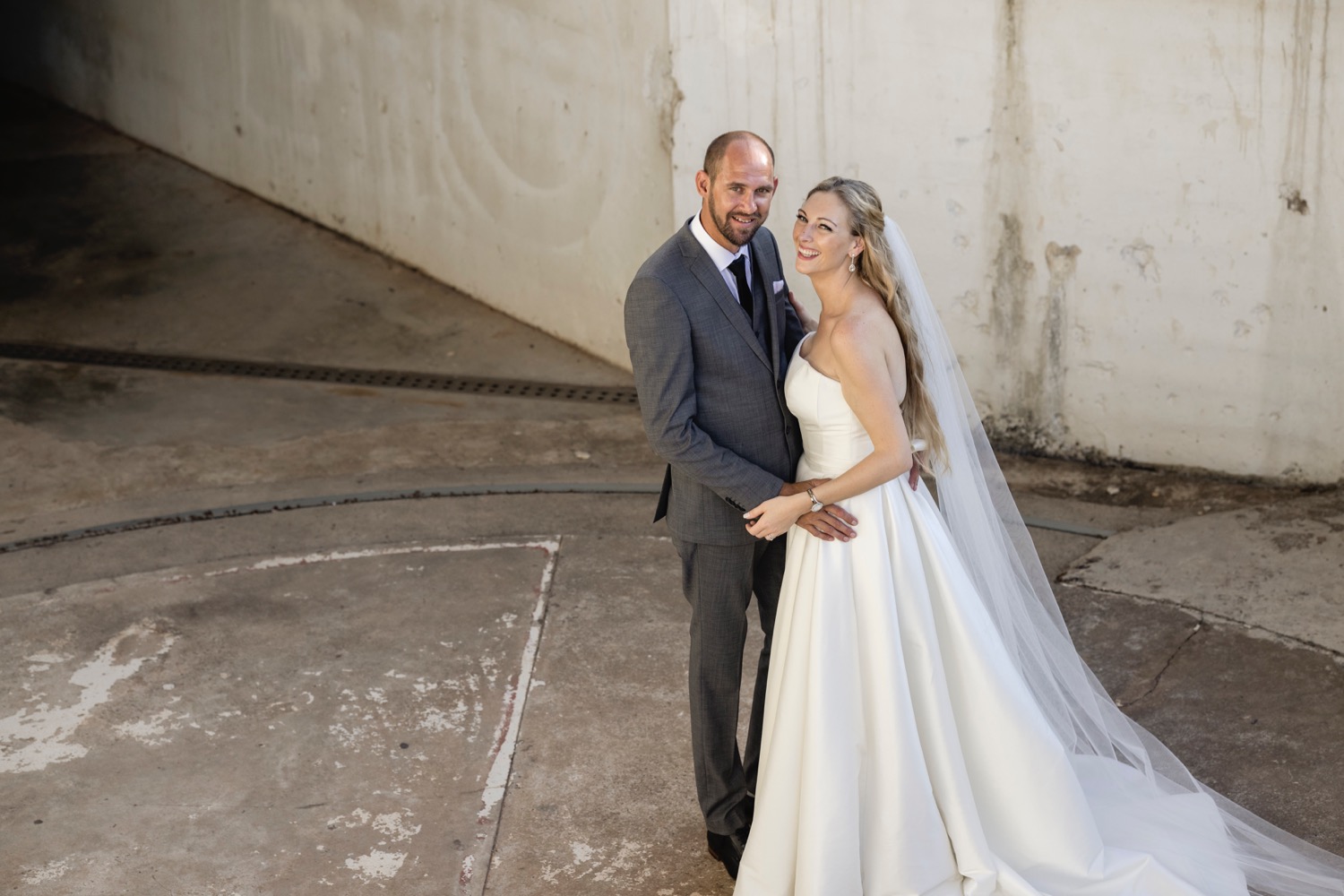 We acknowledge the Larrakia people as the Traditional Owners of the Darwin region and pay our respects to Larrakia elders past and present.